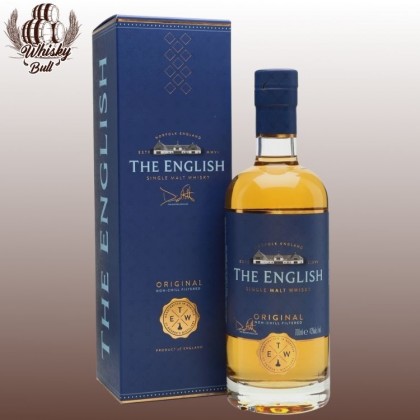 The Nelstrop family has a 600-year tradition of growing and processing grain. In 2005 the family decided to build a distillery and make its own whisky, this would be England’s first whisky distillery in over 100 years. The best barley is grown in Norfolk and the Breckland water is peerless. In December 2006, the distillery was able to make the first 29 barrels of English whisky and the following year HRH Prince Charles officially opened the distillery. The English Whisky Company distills four days a week, for 44 weeks of the year, which produces around 150,000 bottles of whisky.
Awards. In 2015 The English Whisky Co. was awarded 2 Great Taste Gold Awards for its Chapter 15 and Nelstrop’s PX. It has also been awarded 15 Liquid Gold awards by Jim Murray as well as being named as producer of European Whisky of the Year 2015.

Finish: Rich barley and a handful of spices.