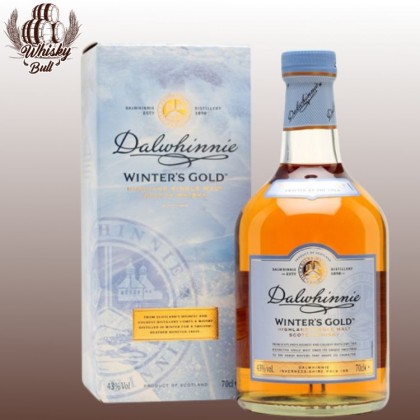 Dalwhinnie Winter's Gold is a 2015 addition to the Highland distillery's range inspired by the chilly climate up in the remote part of Scotland where their single malt Scotch whisky is distilled - as the label remarks, it was "Crafted by the Cold". It's made only with spirit that has been distilled between October and March, and interestingly enough, they suggest that you try serving this expression frozen!

Palate: Very honeyed with warming peppery spices, Big Red cinnamon. From the freezer the honey is kept in check much more, as are the spices. Plenty of apple flesh and orange peel.

Finish: Allspice, nutmeg and smoky malt. From the freezer the finish is more about the spicy cinnamon and peppercorn heat that's found on the palate at room temperature.